How Transformative CEOs Lead in a Crisis 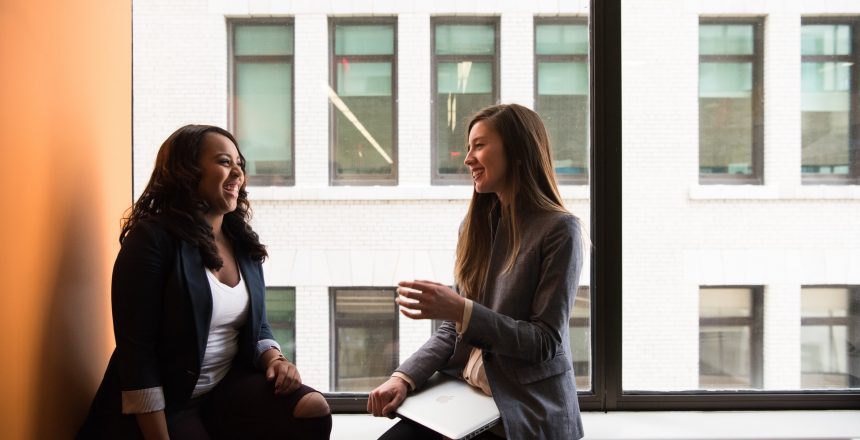 The COVID-19 pandemic has changed many aspects of business, but one thing that hasn’t changed is the urgent need for companies to transform. In fact, the crisis has underscored that need. Most organizations have already launched rapid measures in response to the situation. The challenge now is to build on these measures and develop longer-term, comprehensive initiatives to reposition the company for the future—which may feel like a permanent state of emergency.

A PROVEN SET OF MEASURES

We initially developed the five traits of transformative CEOs in 2018. Since then, much has evolved in the business world, including political uncertainty in Europe and the ever-escalating tension between the US and China. The collective impact of these changes increased the pressure on companies and leadership teams—and the novel coronavirus dramatically compounded the burden. As a result, many companies across industries and geographic markets now need to stabilize revenue, unlock growth through new digital sales channels, and reduce costs. Most important, they need to embed digital in all aspects of operations and commercial functions and become more agile. Transformation is the vehicle to address these issues, but executing a transformation has never been tougher.

“CEOs that use a reliable set of measures for transformation can help their companies stabilize revenue, unlock growth, reduce costs, and become more agile.”

Given that broad challenge, CEOs need a reliable set of measures to use when developing and implementing change. Transformative CEOs share the following traits.

They take decisive action quickly and launch a formal transformation program. Most companies have already launched initiatives—reducing costs, testing e-commerce models, stabilizing supply chains, and using technology to improve communication and engagement with both employees and customers—to respond to the pandemic, building cross-functional teams that have accomplished impressive feats amid significant uncertainty. Now, CEOs must quickly build on those baseline actions by taking bolder measures. Our research shows that, historically, 57% of companies launch a comprehensive transformation program within one year of experiencing a severe reduction in TSR. Such decisive actions have led to increased chances of success in both the short term and the long term.

Formal transformation programs with coordinated targets, actions, and milestones boost investors’ confidence, leading to an increased valuation relative to earnings. A well-managed program delivers more quickly, ensures discipline, includes actions to build up needed capabilities, and establishes effective communication both within and outside the organization.

Notably, an economic downturn isn’t a reason to put off necessary changes. Instead, it can serve as a proving ground for management. BCG research shows that although a sizable share of companies during the past four US downturns saw reductions in both their top lines and their bottom lines, a set of top performers managed to generate increases in both dimensions. (See Exhibit 1.)

They unlock immediate gains to fund the journey and tell a convincing story of change. Because the pace of change in business has accelerated, companies can no longer spend six months plotting a transformation and then several years implementing it. Instead, companies need to take immediate steps to begin delivering results, send cash to the bottom line, and fund future initiatives.

Top-performing organizations don’t rely on just cost cuts to free up capital—instead, they also improve capital efficiency and deliver quick wins to boost revenue. Digital is often a critical step toward generating fast, sustainable performance improvements and funding the journey. For example, using digital to improve pricing or optimize promotions can increase revenue by 4% to 6%, while also improving EBIT margins by up to 2 percentage points. Empowering the sales function through analytics to identify the best channel mix and marketing messages can produce substantial gains. Companies that digitize their sales functions can generate gains of 10% to 20% in revenue through higher conversion rates while reducing the cost per lead by 15% to 30%.

Similarly, implementing robotic process automation, machine learning, AI, and other tools to handle administrative and repetitive tasks—in functions such as workforce planning within HR and invoice handling or payment approvals within finance—can reduce head counts by 20% to 30% in corporate centers, decrease handling times, and increase accuracy and service quality.

In addition to boosting short-term performance and raising funds, rapid early measures can serve to build up critical expertise, convince naysayers, and increase the credibility of leadership teams—both internally (the workforce and the board) and externally (investors and other stakeholders).

They include an explicit emphasis on boosting growth and increasing vitality. As noted above, the understandable impulse of many CEOs in a crisis is to center a transformation on cutting costs. To be clear, cost reductions are often a critical step, but they can never stand alone. Over the long term, revenue growth has a greater impact on transformation success—contributing, on average, nearly half of cumulative value creation after five years. (See Exhibit 2.)

In fact, transforming for growth often involves a higher level of investment—and investments in R&D and digital for new business models, in particular, create more value: our findings suggest that such investments increase the likelihood of success by up to 29 percentage points. On the other hand, transformations accompanied by high (when compared with the industry average) capital expenditure spending only boost the chances of success by 11 percentage points. Why? Capex investment generally suggests that a company has the intention of exploiting existing opportunities by expanding capacity—that is, doing more of the same. In contrast, investments in R&D and digital capabilities help companies redesign their business models, tap into new markets, rethink product and service offerings, and engage more directly with end users—leading to a greater likelihood of transformative impact.

They are able to think like a new CEO. New CEOs perform better in transformations. In fact, a new CEO can boost the odds of a successful transformation by 7 percentage points, on average. Why do new CEOs perform better? Because they take an outsider’s view of the business, with no legacy bias, and they are willing to take bold steps to shake up established ways of thinking.

Incumbent CEOs and management teams, therefore, cannot afford to be complacent and maintain the status quo. Instead, they must be somewhat paranoid and continuously take a fresh look at the business. Or, as we say, “If it ain’t broke, fix it anyway.”

Once a management team is in place, it is critical to maintain the team for the duration of the transformation. We found that only 7% of companies changed their CEO during a transformation. Changes in top management not only heighten uncertainty for people within the company, decreasing the buy-in, but also send a negative message to investors, leading to increased skepticism about the company’s ability to deliver results.

They understand that transformation is a race without a finish line. We live in an era of persistent disruptions, and for some businesses it will feel like a permanent crisis. Given the nature of transformations and the tendency to be distracted by external events, companies need a North Star to keep them oriented on their long-term objectives.

Similarly, companies running their programs for at least five consecutive years (either as one continuous program or as an unbroken series of overlapping programs) were especially effective at transforming in turbulent environments.

Transformation can no longer be thought of as a project with an end date. Transformative CEOs know that, in order to succeed, they will have to keep stretching the goals, act more boldly than ever, and identify ways to renew the organization.

COVID-19 was an external disruption imposed on companies, but the future remains very much in companies’ own hands. By looking at the evidence regarding transformations—and specifically the traits that increase the chances of long-term success—CEOs can tilt the odds in their favor and position their organizations to win over the long term.